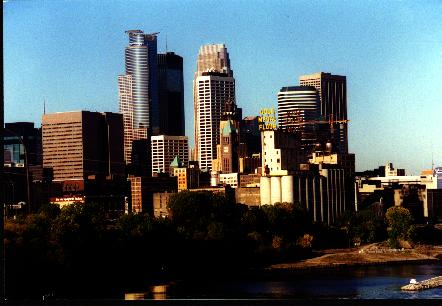 Someone asked me recently whether we had visited all 50 states. Well, not quite, but we’re getting close. Crossing the border from Canada, we found ourselves for the very first time in North Dakota. We spent the night in Bismarck where we met with some new team members, the Belleruds.

From here we drove east, as our good friend, Mary Jo, had arranged several meetings with her team in Minneapolis, MN. What a beautiful city! We stayed at the Maple Grove KOA, and for the next few days enjoyed a combination of business engagements and sightseeing around both Minneapolis and St. Paul. These are both fascinating, historical cities in “The Land of 10,000 Lakes” – a very beautiful area, especially during the summer.

Soon we were heading towards South Dakota where we were about to realize another lifelong dream – a visit to Mt. Rushmore, in the Black Hills of South Dakota. These carvings are quite incredible. How any artist can achieve such a likeness when working on such a huge scale is beyond me. We were able to walk right up to the base. It was late afternoon, so we stayed on for a presentation by a Park Ranger and to see the Monument lit up at night – quite spectacular. 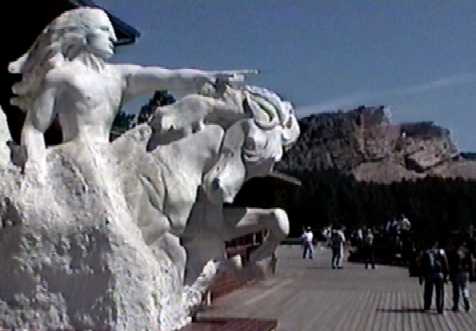 However Mt. Rushmore was by no means the only memory we brought away with us. A few miles down the road is another, much larger mountain carving: Crazy Horse Memorial. Started in 1948 by Korczak Ziolkowski, and continued today by his family, this is a nonprofit educational and cultural project created as a tribute to the native Indians of North America. For more information about this fascinating project, go to www.crazyhorse.org. 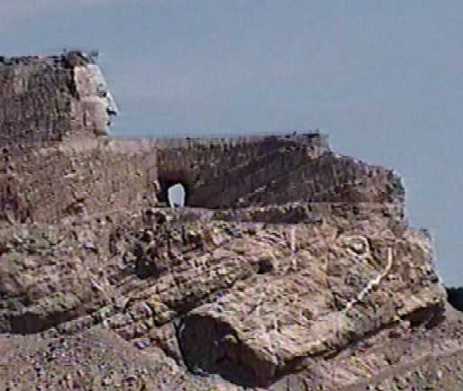 We stayed at the Mt. Rushmore KOA – a huge campground with great facilities in lovely surroundings. The Black Hills are gorgeous – beautiful countryside, well worth a visit. 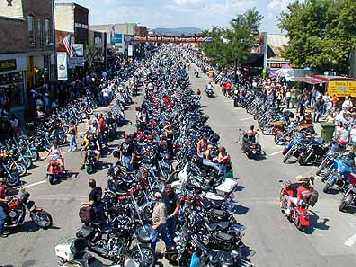 Mick has always been a motorbike enthusiast, since his teenage years. In fact, before we were married 30 years ago, I had to “pass the test” as a passenger (or “on the pillion” as we say in England) on his BSA motorcycle!

Well, would you believe it, our visit to the Black Hills coincided precisely with the 60thAnniversary of the Sturgis Rally: a week-long event which saw close to one million bikers descend upon the area with their Harleys, and a few other marques. There were bikes everywhere, buzzing around us like a swarm of bees, though much louder. What an experience! 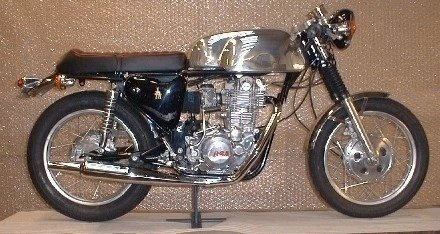 that reminds me … of both the BSA I owned all those years ago, and of the replica of the same bike that I plan to buy (Jenny: “once the house-building project is finished”!). It’s a BSA GoldSR: a dream machine that combines the looks of the BSA Gold Star and the “featherbed” frame of the old Norton Commando family … circa 1963-64).

Over the past three years we seem to have been able to strike a balance between being on the move and staying in one place for a while. Colorado was our next destination and we had booked into the Aspen/Basalt Campground once again, this time for a month. It was August and the temperature back in Dallas was still well over 100° so we were in no hurry to return to Texas.

During our first summer in the USA in 1987 we took a long 3 week, 4000 mile tour of the west. Amongst other wonderful places we discovered that summer, was Rocky Mountain National Park. Then in 1989 we spent a wonderful vacation camping there with the Faulkner family from Dallas and Daniel Webb (a good friend of Ben & Kevin’s from England).

We hiked over much of “Rocky” during that time, including scaling Longs Peak. We took this opportunity to revisit “Rocky”; it’s as gorgeous as ever.

We enjoyed being able to spend time with our son and daughter-in-law, Ben and Jennifer, and to have the opportunity of getting to know this area of Colorado that we’ll very soon be able to call “home”.

We enjoyed hiking and biking and made a lot of progress with the plans for our log home – so many decisions to be made!

Eventually, on September 13th, although the temperature in Dallas was still over 100°, we felt it was time to pay a visit. After a 2-day drive we pulled in to Destiny RV Resort in Corinth, just south of Denton – some way north of Dallas, but a very pleasant campground. But boy, was it hot! Less than 2 weeks later we said “Enough!”, and set off on our much anticipated trip to the northeast to see New England in the fall – in all her splendid colors…

Come back soon and see what’s next!