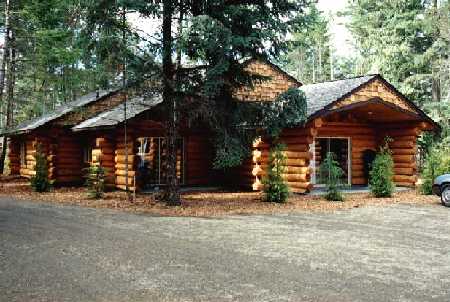 Having left the US of A, we arrived at the Richmond RV Park in Vancouver, BC in time to meet Sandy Guest at the airport. Sandy had flown in from Dallas to join us at the “Celebration by the Sea” training weekend on Vancouver Island.

The Tigh-na-Mara Resort was first class: the location was fabulous, accommodation was in log cabins around the grounds, and the hospitality of our Canadian hosts and the food were out of this world. It proved to be a perfect setting for a residential training weekend (aka “bootcamp”) for our business, where fellowship and sharing are the common denominators. 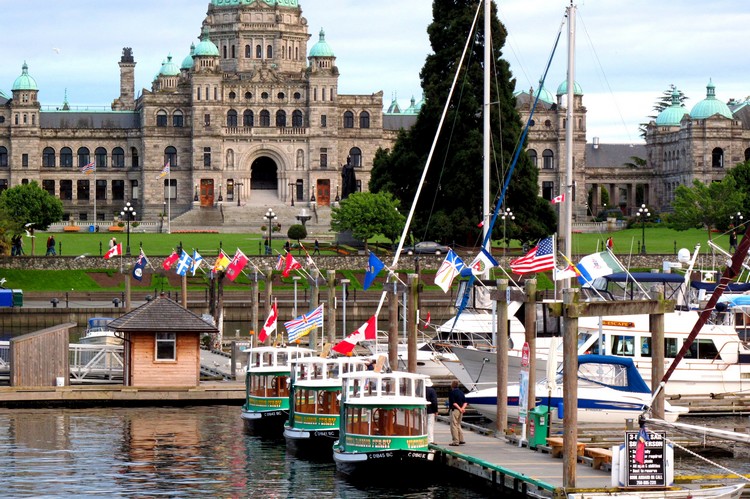 We stayed on the island for several more days, exploring the west coast around Tofino, and spending a day in Victoria.

The Butchart Gardens are every bit as beautiful as we had heard, cascades of color under a cloudless blue sky. We rounded off the day with a tour of the city in a horse-drawn carriage, followed by a traditional English afternoon tea in the James Bay Tearoom.

The following day we took the ferry back to the mainland – it was time to repack our suitcases and head for Canada Place, where we would embark on the ms Veendam. We were both excited, as this was a double first: our first cruise and our first visit to Alaska. 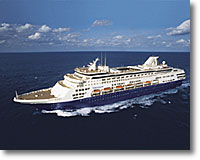 Everything about Holland America was first class, from the service of the Filipino staff to the award-winning Indonesian stewards. The Dutch Chocolate Extravaganza was nothing short of a masterpiece. Fortunately the well-equipped gymnasium in the Ocean Spa enabled us to keep those extra pounds at bay. There was so much to do on board that often it seemed there weren’t enough hours in the day: volleyball, golf, ping pong, aerobics, wine tasting, naturalist talks, art auctions, not to mention the evening entertainment. 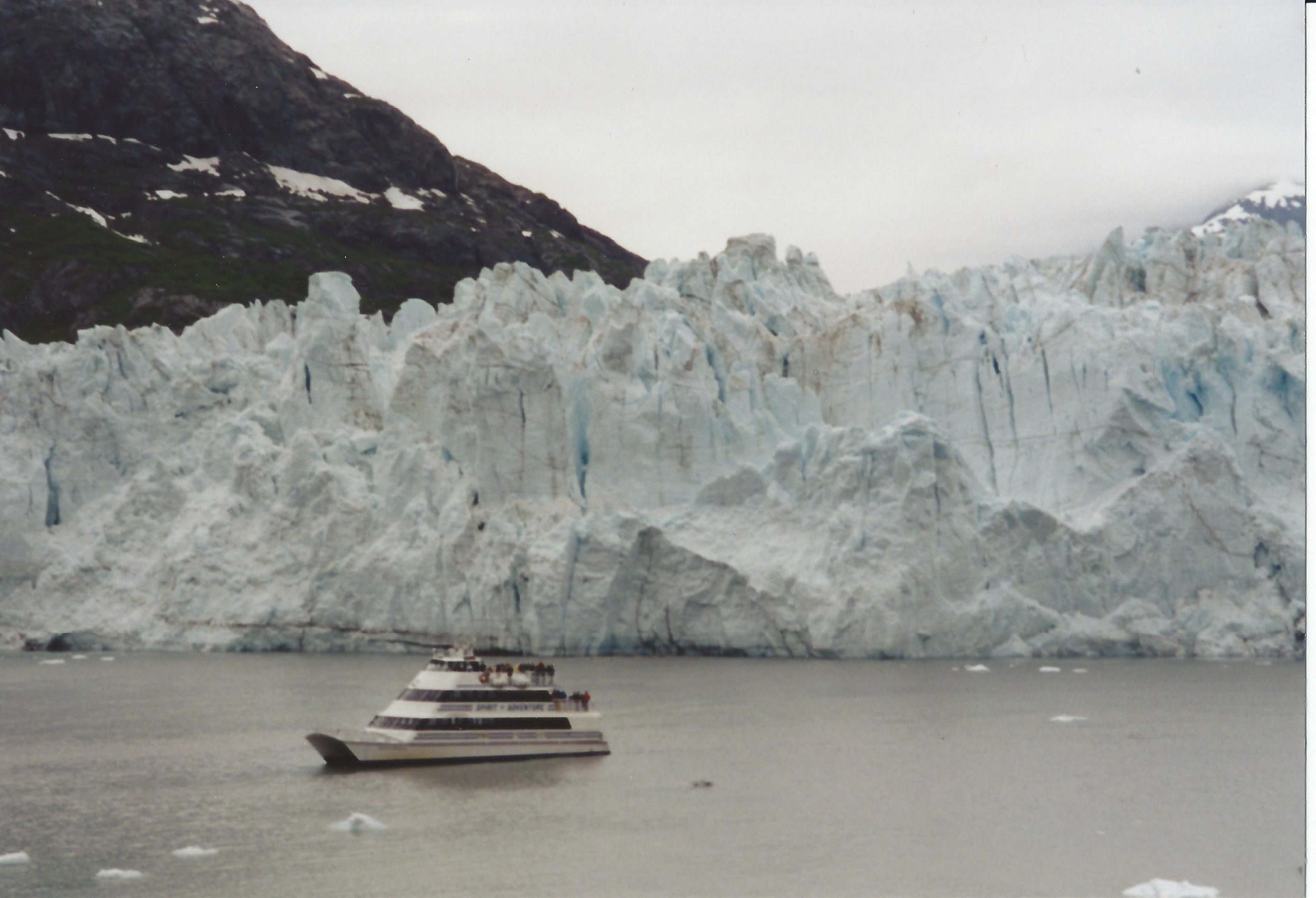 We went onshore at Juneau, Skagway and Ketchikan, and spent one day cruising Glacier Bay where we saw massive glaciers “calving”, as well as seals, whales, mountain goats, bears and eagles. In Ketchikan we took a ride in a 4-seater seaplane from which we could see waterfalls and remote mountain lakes of the Misty v Fjords National Monument, the highlight being landing on a remote fjord. 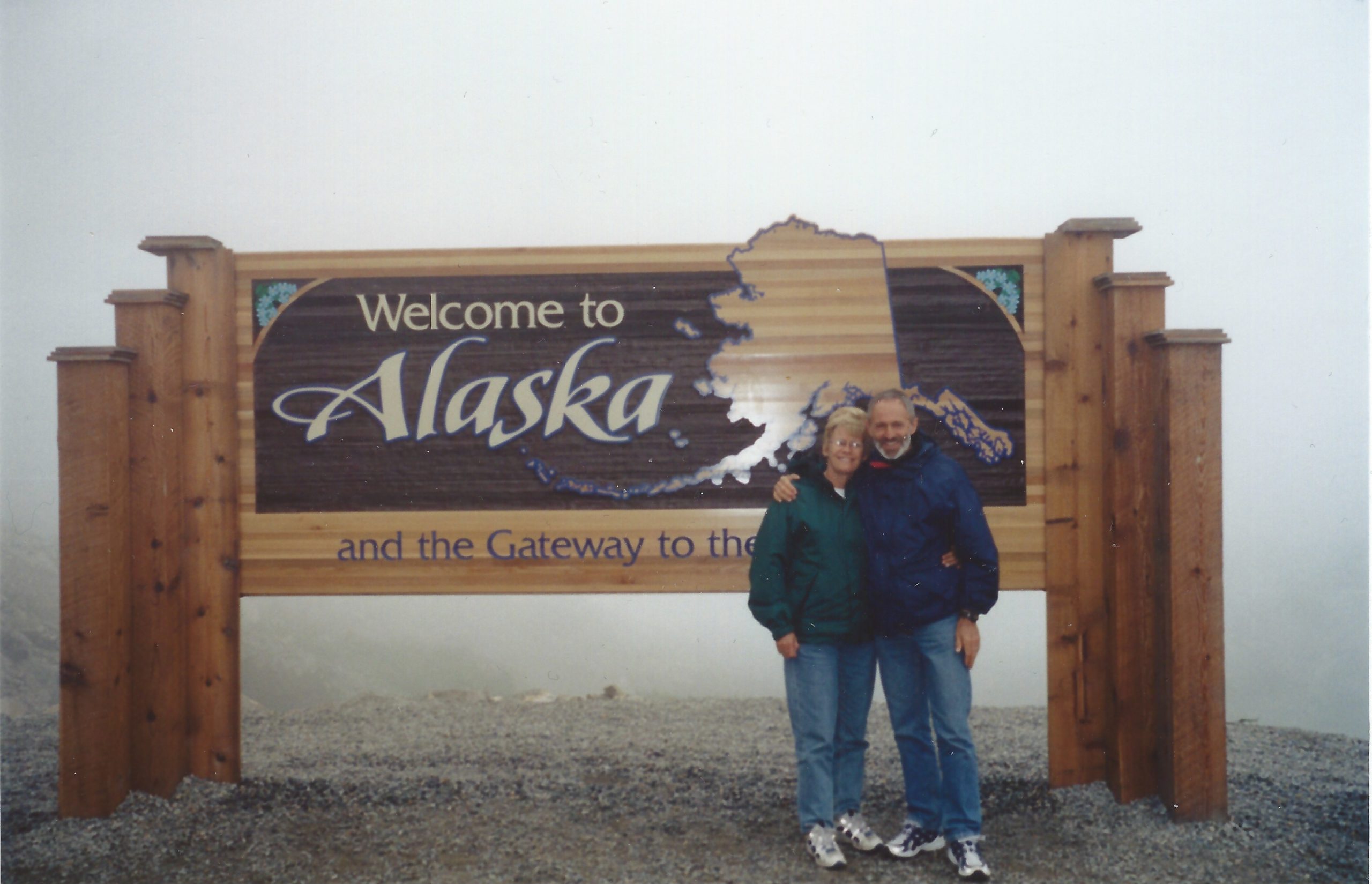 This whole experience was definitely one to be repeated, and there’s so much more to see – the Klondike gold fields, Mt. McKinley and Denali National Park, Anchorage, Fairbanks and the Arctic. We’ll definitely be back. 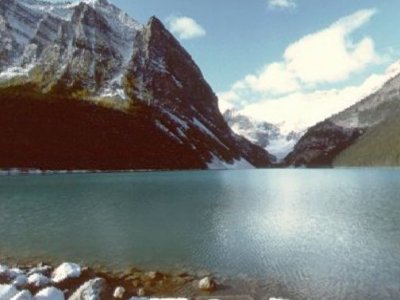 All too soon we were back in Vancouver, and it was time to hit the road once again, towards Banff in Alberta. Today we had an experience that all RVers hope will never happen – a blowout of one of the trailer’s tires. Thank the Lord, we were going uphill at only about 45 mph; no-one was hurt and there was no serious damage. Fortunately we discovered that our insurance was valid in Canada, and a couple of hours later, thanks to Progressive’s Roadside Assistance, we were on our way to Kamloops – a pretty location. 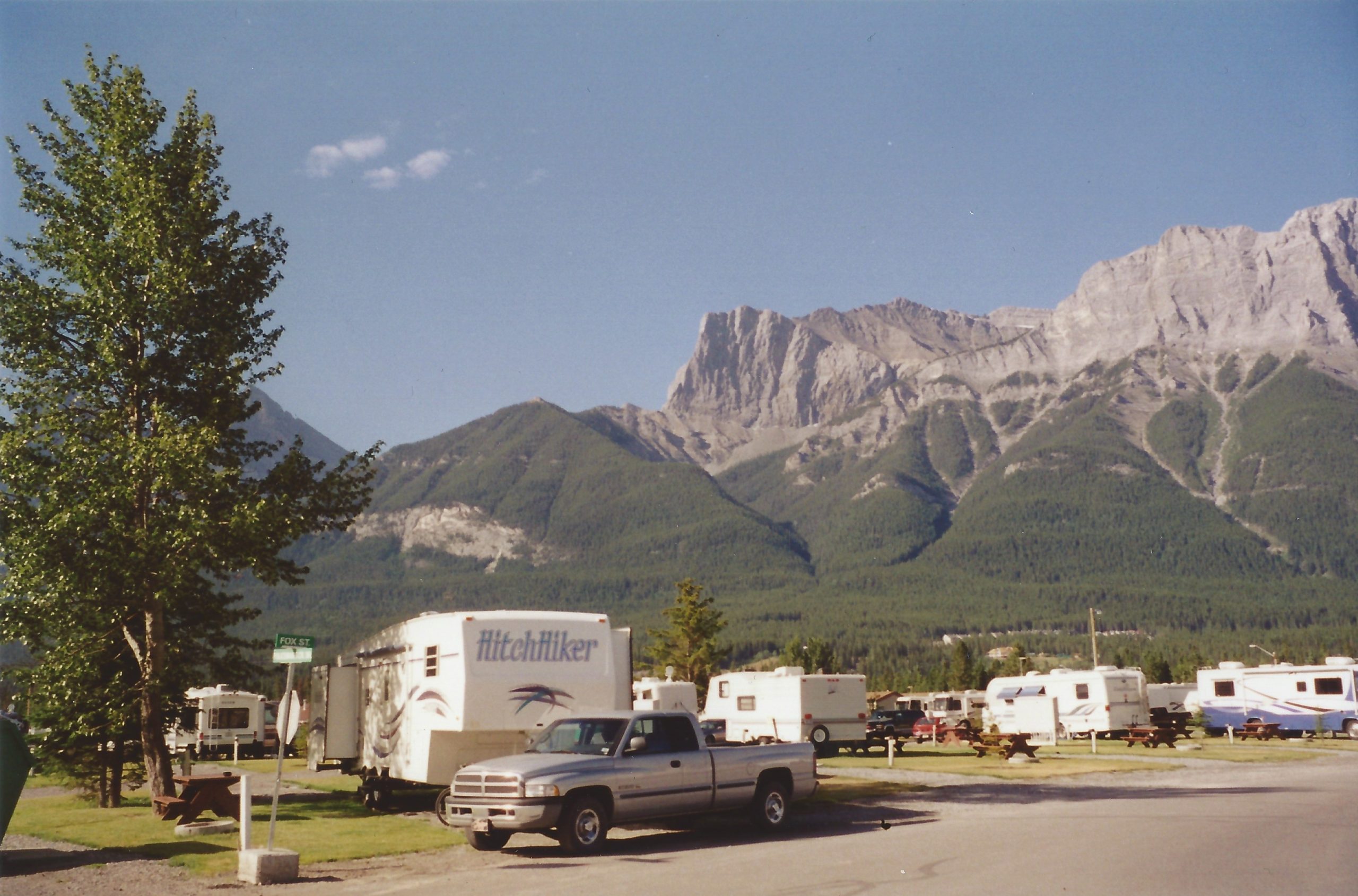 Banff was beautiful, as was Lake Louise. Staying in a picturesque  campground in Canmore, we hiked and biked and took the Gondola to the top of Sulphur Mountain. The weather was perfect and the Canadian Rockies truly have a rugged splendor seldom seen elsewhere. Again, we’ll be back!

Our next stop was Calgary, where we toured the site of the 1986 Winter Olympics. Have you ever seen a 90 meter ski jump – from the top?

Boy, it’s a long way down! I have a whole new admiration for those ski jumpers. Next time we’ll take a ride down the Olympic Bobsled track too!

The following day was our 29th Wedding Anniversary, which we celebrated in the tiny town of Swift Current in Saskatchewan. We found ourselves eating in a Chinese Restaurant, drinking Margaritas, listening to Country & Western music – get the picture? Certainly an evening to remember!

The reason we were heading for Regina, Saskatchewan, was for Mick to take a trip down Memory Lane, as he spent a year there back in the sixties, when he was a student. Sadly, the memory didn’t cooperate and he had to admit that the city had changed beyond all recognition. We met with a local group to share our perspective of the business today and they made us very welcome. Another benefit of our type of business is that we seem to have extended “family” all over the world.

You’d think that after nearly three years of travel, we would have become very adept at moving from one time zone to another. Well, we managed 24 hours in Regina an hour ahead of everyone else before we realized our mistake. It only came to light when we took shelter from a heavy storm in the IMAX Theater. Expecting to see a film on wolves, we were somewhat surprised to see a movie about dolphins. The good news was that we got to see both films – they were superb. The bad news was that I could have had an extra hour in bed!

And so, we turned south and back across the border into North Dakota. Canada and Alaska were fabulous, but it was good to be back on American soil … that’s another story.

Until next time … Happy Trails!!