The End of a Millennium 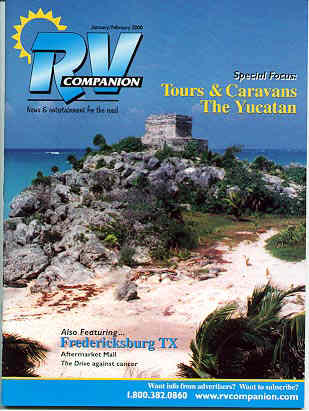 While we were in Europe, we received an email from the editors of a new magazine — RV Companion. They had seen this website, liked what we had to say. and invited us to become regular contributors to their new publication. What an honor! We’ve now had articles published in their first two issues and look forward to seeing many more. Maybe I will write that book one day after all!

After nine glorious weeks in Europe we finally flew back to Colorado and spent the next two weeks with Ben and Jennifer. Mick and Ben ran the Kokopelli Trail half-marathon together (Mick: a tough, but fabulous 13 miles on hiking/biking trails near Grand Junction … a very special experience!), while I continued training for the 4-mile fun run coming up in Memphis in October.

We had now been “on the road” for nearly two years. Life was wonderful but one of our concerns was that for the first time in our married lives we were out of the property market, and it’s all too easy to get left behind as real estate prices rise in the areas we seem to like best. So on September 15th we became the owners of a brand new condo in Edwards, Colorado (where Ben and Jennifer live, near Vail) but with no plans to settle down – far from it. An ad in the local paper brought a flood of enquiries from prospective tenants, and two weeks later a delightful young couple took up residence for the next year. Meanwhile Mick, with Ben’s help, built a small lock-off storage unit in the garage, so that we could transfer what few belongings we still had in storage in Dallas. 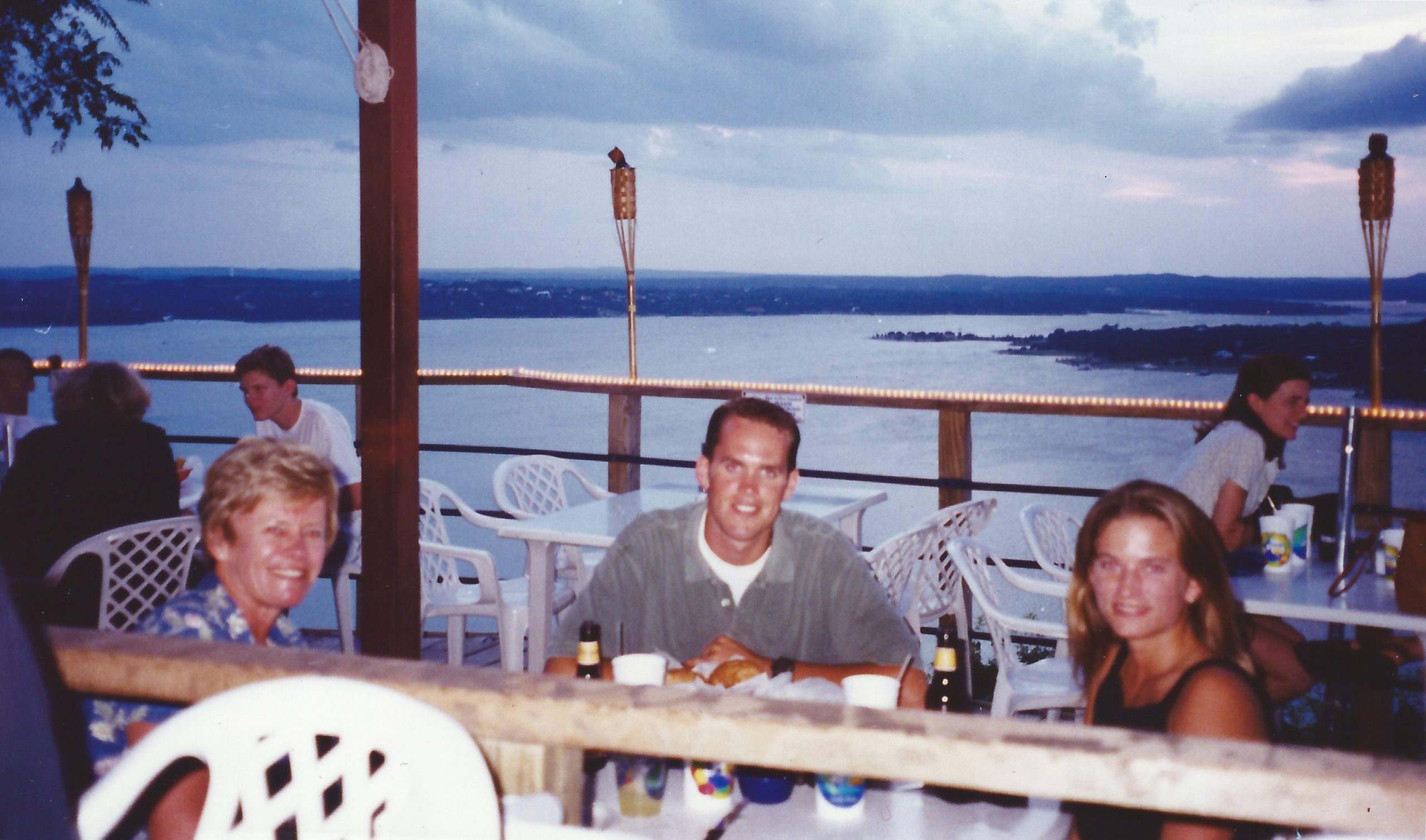 And so we found ourselves in the RV once again on the road back to Texas. After living out of a suitcase for so long, it was a real joy to be back in our home, surrounded by familiar things. “On the road” is a perfect description of our life for the next two weeks. We had avoided the heat of the Texas summer and it was great to be back at Hidden Cove where this new life of ours had begun, but less than a week later we were driving south to Austin to see Kevin. Three days after that we were headed back to Colorado, this time towing a small U-Haul containing all our worldly goods. I emphasize the word “small”. One friend who saw us couldn’t believe how little “stuff” we now own! Two days of driving, two days with Ben‘n’Jen, another 900 miles back to Texas – and, boy, does that truck ever guzzle the gas. We do well to get 10 miles to the gallon even when we’re not towing!

Yes, we accomplished our goal of moving our things to Colorado, but we actually did far more than that. While traveling around the US we’ve been trying to decide where we will eventually settle down. On this visit to Colorado, we happened upon Elk Springs: an area just south of Glenwood Springs, 30 miles north of Aspen, with 2-acre lots for sale on a mountainside, among ancient pinions and cedars.

This area has fabulous views of Mt. Sopris (almost a 14er), with elk, deer, and wild turkey roaming freely – and we’re told there are three mountain lions! Mt. Sopris dominates the landscape in the lower Roaring Fork Valley – it’s one of the most magnificent sights we’ve seen anywhere. 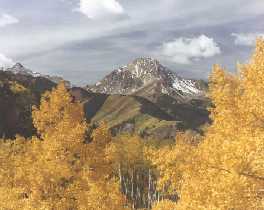 We even have our “very own” Mt. Daly in the distance (near Snowmass). Only an hour’s drive from Ben’n’Jen, it seemed the perfect place to build a log home. So the search is finally over – we now own a condo and a plot of land that will one day be the site of The Daly Homestead. The route from Vail/Avon/Edwards west on I-70 takes you through famous Glenwood Canyon. This is an amazing drive. The road winds between towering cliffs – an ever-changing landscape of rugged rocks and beautiful trees. This is a drive we could never tire of taking.

Dragging ourselves away from all this beauty, we returned to Texas. 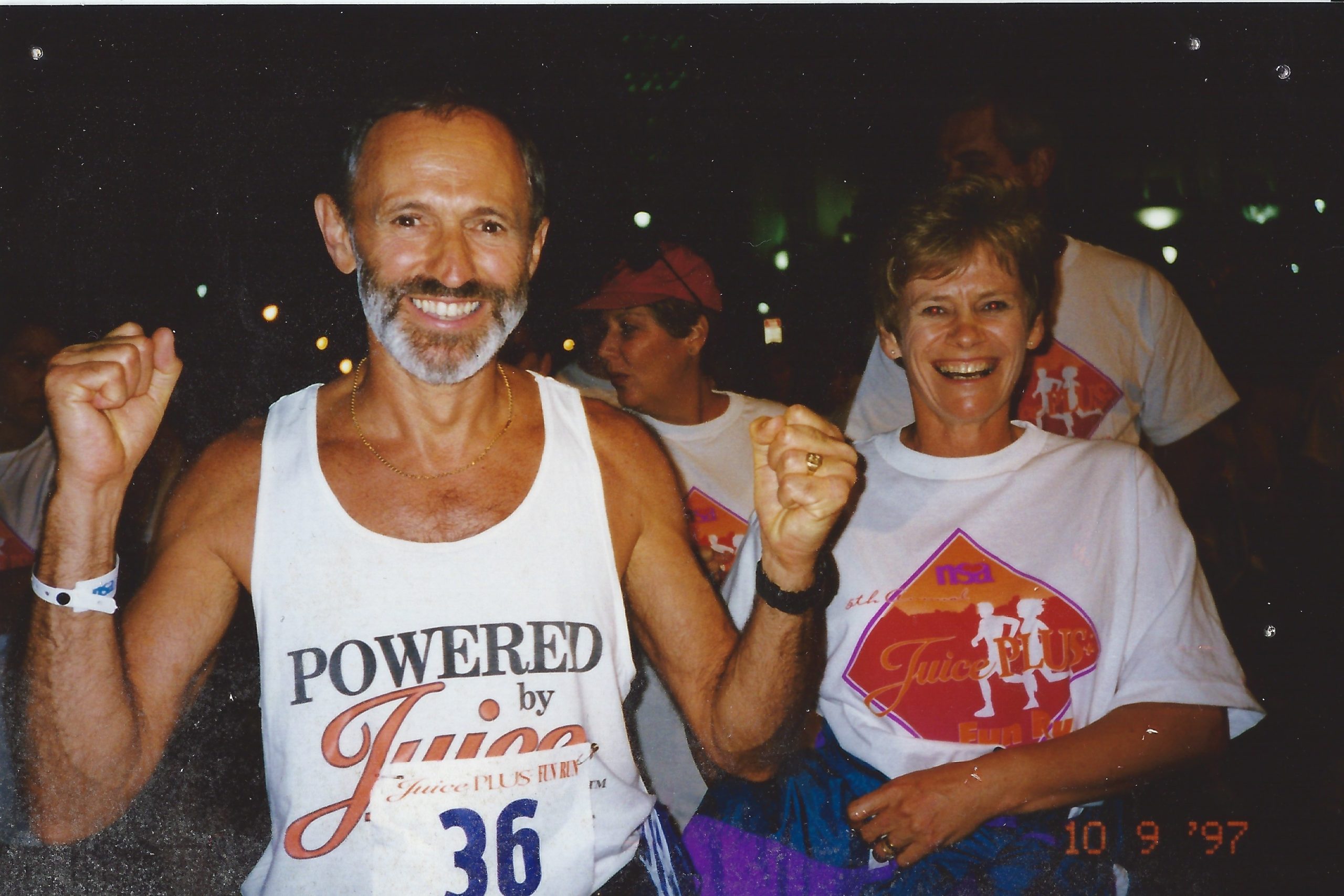 The day after we arrived back at Hidden Cove, we set off for Memphis to attend our annual conference. As always this was an impressive event. As members of the “39 Club”, we were once again invited to a spectacular evening at The Peabody Hotel – great to know that our company recognizes loyalty and hard work (although I’m not so sure we’ve done much of the latter this past year!) Presentations by medical professionals, breakout training sessions, meeting up with old friends as well as making new ones, a 4-mile fun run – it was truly a great weekend.

All too soon, Thanksgiving was upon us and this year Ben and Jennifer managed to take a well-deserved week off work and come back to Texas. Mick and I spent Thanksgiving Day with Kevin in Austin (yes, more driving – but you know what they say “In England 100 miles is a long way, in America 100 years is a long time!”)  The following day we all joined Ben’n’Jen at Jennifer’s grandparents’ home in Midlothian for a second celebration with her family. Even for these Brits, Thanksgiving is a very special time of year.

It felt so good to know that we could stay put for the next two weeks. Our Dallas group worked us hard and it was with mixed feelings that we pulled out of Hidden Cove in early December, heading towards San Diego, which would once again be our winter haven. We took a week to cover the 1500 miles, stopping to visit team members and friends along the way, even dropping in on a Christmas Party in Mesa, AZ (thanks for the invite, Kelly!) 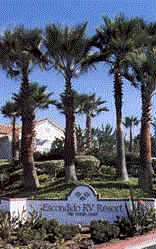 We received a warm welcome back at the Escondido RV Resort where little had changed in the past 12 months. It was great to see Norma, Jan, Kim, Rose and other members of our team again in Valley Center and they were quick to put us to work for a couple of weeks before Christmas.

We had planned to spend a few days in Colorado over Christmas but life is full of surprises. In the middle of December Terry Ewbank, the realtor who sold us our land, called and explained that he was off to New Zealand for four weeks and his house-sitter had let him down. Any chance that we could help out? How many people have the freedom to suddenly decide to spend a month in the mountains of Colorado?! As long as we have access to a telephone and a computer, we can work our business pretty much anywhere we choose, so we jumped at the opportunity of spending a month at Elk Springs, to get a taste of what life will be like when we eventually build our home.

Late on Christmas Day, after a wonderful time at Ben and Jennifer’s with Kevin and his girlfriend Rachel who had both flown in from Austin, and Jennifer’s parents and grandmother, we cautiously maneuvered our truck up the snow-covered mountainside (no 4-wheel drive!) to receive a very enthusiastic welcome from Zachary, a beautiful golden retriever. What a fabulous month we’ve had. The first morning we woke to a picture-perfect Christmas Card scene: snow-covered pinions, Mt. Sopris in the distance, rising majestically into the cloudless blue sky, and wild turkeys strutting about just below our bedroom window.

Every so often we catch a glimpse of deer silently making their way through the trees. Every day we trek through the snow to our land, imagining the day when we’ll be able to call this “home”. 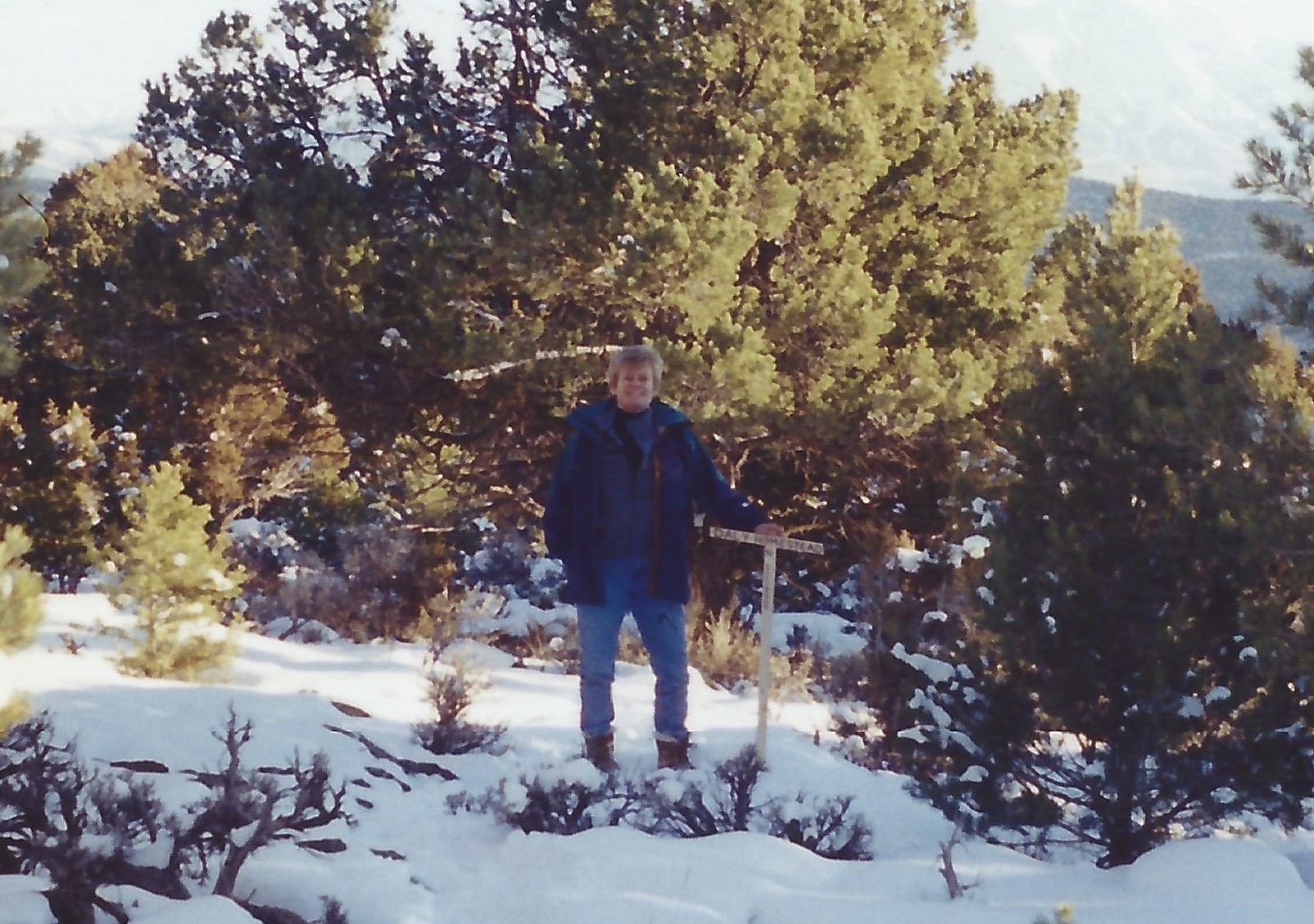 At midnight on New Year’s Eve we ceremoniously planted a stake proclaiming The Daly Homestead 1/1/2000 – creating great memories and nurturing even greater dreams.

We’ve enjoyed some wonderful skiing, mostly at Vail and Arrowhead. (Maybe that has something to do with the fact that, as ski lift foreman, Ben is given guest ski lift passes!) We’ve skied through falling snow with almost zero visibility and under blue skies on freshly fallen powder – truly a winter wonderland.

As I write this in early January, Zachary lying at my feet, I reflect on how we feel ourselves slowly being drawn away from the RV lifestyle towards the mountains. Life is good, but I can already see ourselves in the home we’ll build when our traveling days are over.

But that won’t be for at least another year. We’ll be back in San Diego until April and then have plans to explore the west coast, driving right up into Alaska, and hopefully visiting New England in the Fall – however that’s another chapter!

Happy Trails – and Happy New Year! Come back soon to visit us in sunny San Diego!